Solar energy is supplied by the sun in the form of solar radiation, making it possible to generate electicity from solar energy. Electricity is generated from PV cells (photovoltaic cells) produced from materials with a photovoltaic effect. When direct sunlight hits a PV cell, photons of light excite the cell’s electrons, causing them to flow and produce usable energy. Numerous solar cells arranged in numerous PV panels could generate enough electricity to power an entire home. And some solar power plants containing huge PV arrays covering several acres can generate electrical energy for thousands of homes. 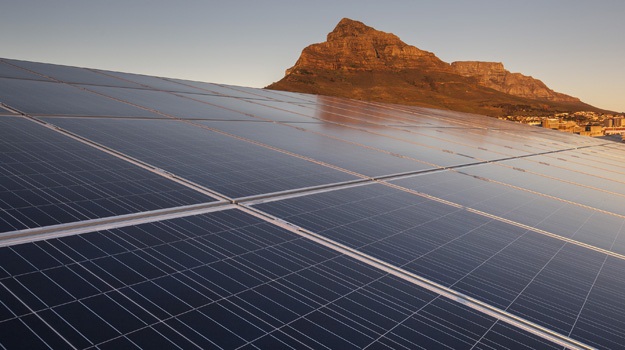 A solar PV power plant situated on the roof of the Black River Office Park in Observatory, Cape Town, South Africa, is the very first of its kind to supply the electrical distribution system in Cape Town with solar generated electric power. The office park is leading the commercial real estate sector by producing the first sustainable and eco-friendly electric power for its own use as well as the City of Cape Town’s electrical power grid by making use of large-scale solar power systems situated on the roof of the building.

The 1.2MW solar power project is the biggest roof-mounted integrated photovoltaic plant in Africa and one of the biggest in the world, capable of producing slightly less than two million kilowatt hours of power each year from its 5,500 modules.

The solar panels on the roof of the complex covers an area of 11,000 m2, the equivalent of 2 full size football fields. During peak usage periods, the solar panels are able to supply 20% – 30% of the office park’s own usage and are also capable of supplying a limited amount of additional power directly into the electrical power grid, which allows an offset in the monthly electricity records of the city. This additional electricity is supplied to the grid during low peak periods during the week when the electric load of the office park is decreased and on weekends.

In addition to supplying Cape Town with additional electricity, it is hoped that the Black River Park Project will help to promote the green economy of the city by raising the demand for solar panel usage as well as other sustainable energy sources. An increased demand for solar panel systems can also help to generate jobs in the solar panel industry.

Cape Town City has been recognized on a global level as being at the forefront of green pursuits and the Black River Park Project is one of many steps on the way to turning the City of Cape Town into a sustainable city and developing more sustainable ways to deal with important issues facing the environment.

The Benefits of Solar Power

– As a renewable power source solar power can never be depleted.
– The abundance of solar power is beyond imagination. The earth receives approximately 120,000 terawatts of solar radiation from the sun – 20,000 times more energy than is required to supply the entire world with electrical power.
– Solar power is an unlimited, renewable power source that is sustainable, meaning that the energy needs of the present can be fulfilled without compromising the power needs of future generations.
– Harnessing power from the sun is good for the environment as the process does not cause any pollution. Although there are certain emissions involved in the production, transportation, and installation of the systems, it is nothing compared to pollution from traditional energy sources.
– Solar power is available anywhere in the world and not confined to countries that are closest to the equator.
– Apart from saving money on buying electricity from the grid by making use of solar power, householders are now able to get credits by “selling” additional energy back to the grid when they generate more than they require. FIT (Feed in Tariff) schemes and net metering will make it possible for householders to minimize their electricity costs.
– Solar energy can be used for numerous applications such as supplying power to areas with no grid connection, distilling water in Africa, or providing power to space satellites.

How Can Locals in Cape Town Save on Electricity Tariffs?

Cape Town has set a goal of sourcing 10% of its electrical power from alternative energy resources by the year 2020. The city is working on discovering a solution which will enable local users to send excess power back to the municipal electricity grid and have it offset on their electricity tariff. This will be made possible by using their own SSEG (Small Scale Embedded Generator) with an advanced bi-directional structure and credit meter. The system will be set up by the City Council at the user’s own expense to bring the electricity supply into suitable SSEG tariffs. 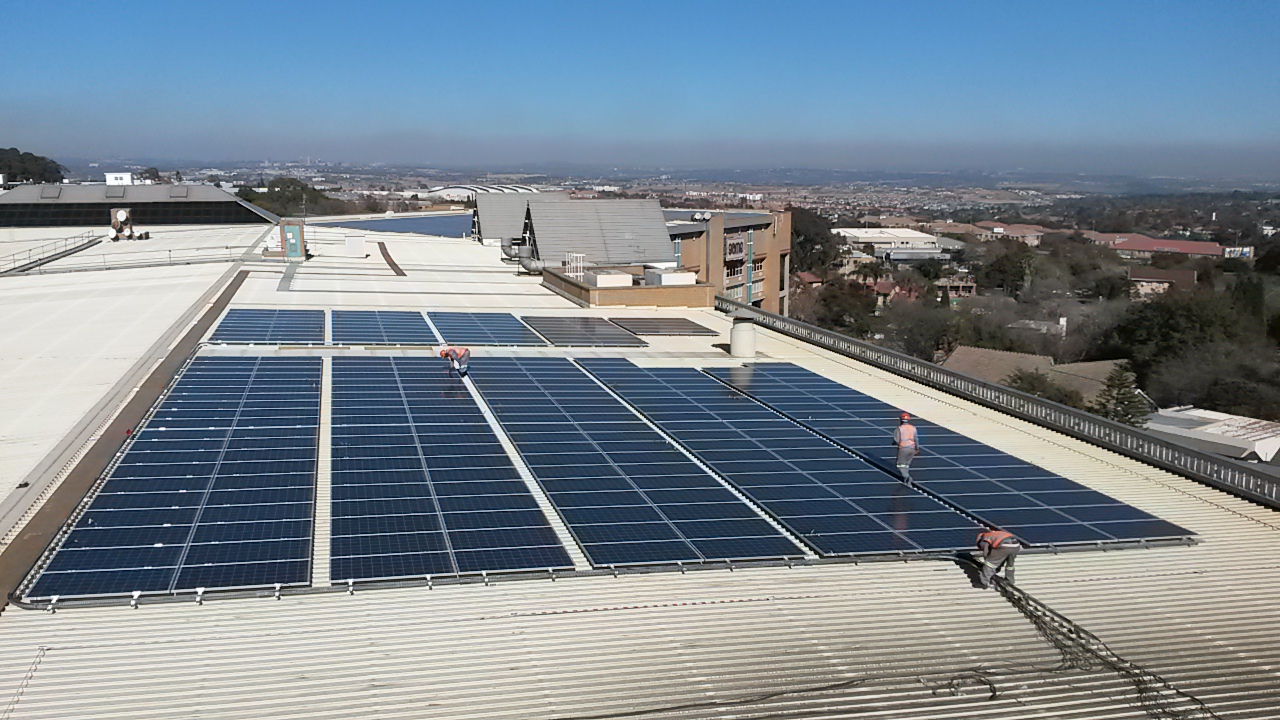